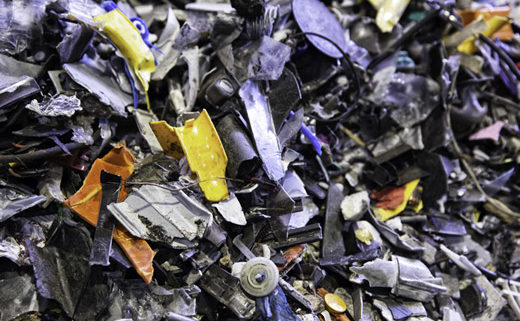 China’s ‘Operation Green Fence’ saw 55 scrap transactions and 7,600 tonnes of materials rejected in its first three months, according to a group of expert panellists including our own Mike Biddle, who took part in the Society of the Plastics Industry’s (SPI) recent ‘Green Fence’ webinar. The session explored the commercial effects of the legislation for recyclers in China and the US, and how recyclers are responding.

‘Operation Green Fence’ was introduced back in February 2013 to help stem the flow of contaminated, poor quality scrap from the US and Europe. China’s demand for low-cost recycled raw materials to fuel its colossal manufacturing industry had, until then, sparked a thriving global trade in scrap materials, with shipments from the US arriving thick and fast.

Chinese regulations had long banned excessive levels of contamination in imports of recyclables, but these had rarely been enforced. By forcing foreign companies to increase the quality of the waste they sell to China, the Chinese government aims to reduce the environmental damage being caused by hundreds of small scale Chinese firms recycling contaminated recyclables using unsound techniques that pollute the country’s waterways and damage air quality.

The ten-month ‘Green Fence’ initiative, due to end in November 2013, has set a limit of 1.5% of ‘allowable’ contaminant in each bale of imported recyclables. It includes random inspections of all forms of scrap, including metal, plastics, textiles, rubber and recovered paper materials.

So, how have the new legislation affected recyclers in China and the US?

The panellists indicated that far lower volumes of plastic scrap are currently being shipped to China from the US, and there is also widespread confusion as to whether Chinese customs or China Certification and Inspection Group (CCIC) are in charge. Apparently, there are reports of CCIC-approved containers being rejected by customs. Meanwhile, with some recyclable materials now in shorter supply, prices for these materials are rising, causing a financial strain for Chinese recyclers.

Scrap was America’s top export to China by value in 2011 – worth $11.3 billion, according to US trade figures. In the same year, the US exported two-thirds of its 23 million tonnes of scrap to China, says the Institute of Scrap Recycling Industries (ISRI). A lack of sufficient recycling facilities in the US to process the country’s recyclable waste and the lost cost of shipping e-waste to China had both favoured this approach.

Now, with stricter environmental laws being enforced in China, US recyclers have an opportunity to either sort recyclables more carefully, or recycle more material in the US, or both. This will require a wave of innovation and investment in recycling technology, such as MBA Polymers’ own world-leading plastics recycling techniques.

There is some evidence to suggest that recyclers in the US are already running recyclable waste through second sorting step (in the shape of optical sorters) in response to the new legislation. However, in the short term, some traders are also selling scrap to countries including Vietnam, Indonesia, and Malaysia, where it is either reprocessed or simply sorted and cleaned to the new Chinese standards and then shipped on to China. In the worst case scenario, mixed paper and plastics waste is being sent to landfill as it cannot be sold to Chinese recyclers.

“China’s Green Fence offers a real opportunity to the US government and recycling industry to step up its efforts on recycling and catalyse a strong domestic recycling market in the US,” says Biddle. “In the long term, creating a sustainable recycling market at home will improve recycling rates, create jobs and boost the US economy.”